.NET as a “web development” language.

This is the list of current Open Graph Protocol helper libraries that have appeared in the wild since the protocol was announced at f8. Spot the .NET library. Hang on, there isn’t one. 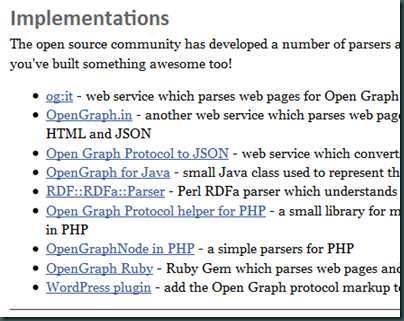 That would be because people who really understand websites do not use .NET. And by understand I mean people who get that HTML is a skill, and not what the junior guy in the corner does.

So why is the .NET community so backward in coming forward, again? I blame Sue – I mean Microsoft, with their stupid bloody tools (see previous post.)

Posted by Hugo Rodger-Brown at 6:46 PM